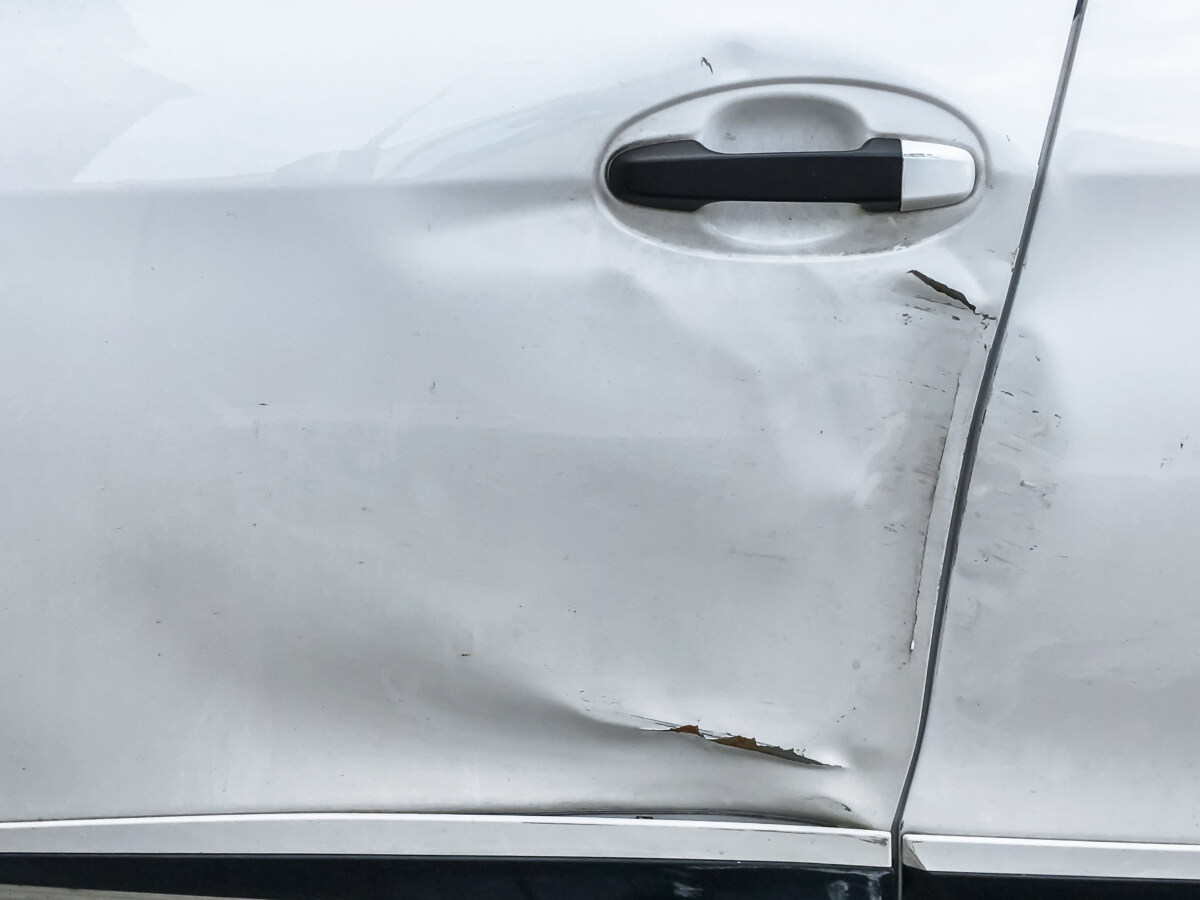 According to the National Highway Traffic Safety Administration, approximately six million car accidents occur in the United States. In fact, every eight seconds, a rear-end collision occurs! Parking lot dings, highway debris damage to your windshield, and other minor threats to your vehicle occur on a regular basis. These frequent damages usually cause the most expensive damages, and what’s worse is that they aren’t immediately apparent.

A good example are car dents. Dents, no matter how minor they appear, can lead to significant body or mechanical issues later on or sooner. Thankfully, auto repair has advanced by leaps and bounds in the areas of traditional dent repair and paintless dent repair over the years. These two repair services are your go-to in the event you require your dents to be repaired.

Let us have a deeper look on these processes so that we can determine what’s best for you and your vehicle:

What is Traditional Dent Repair? 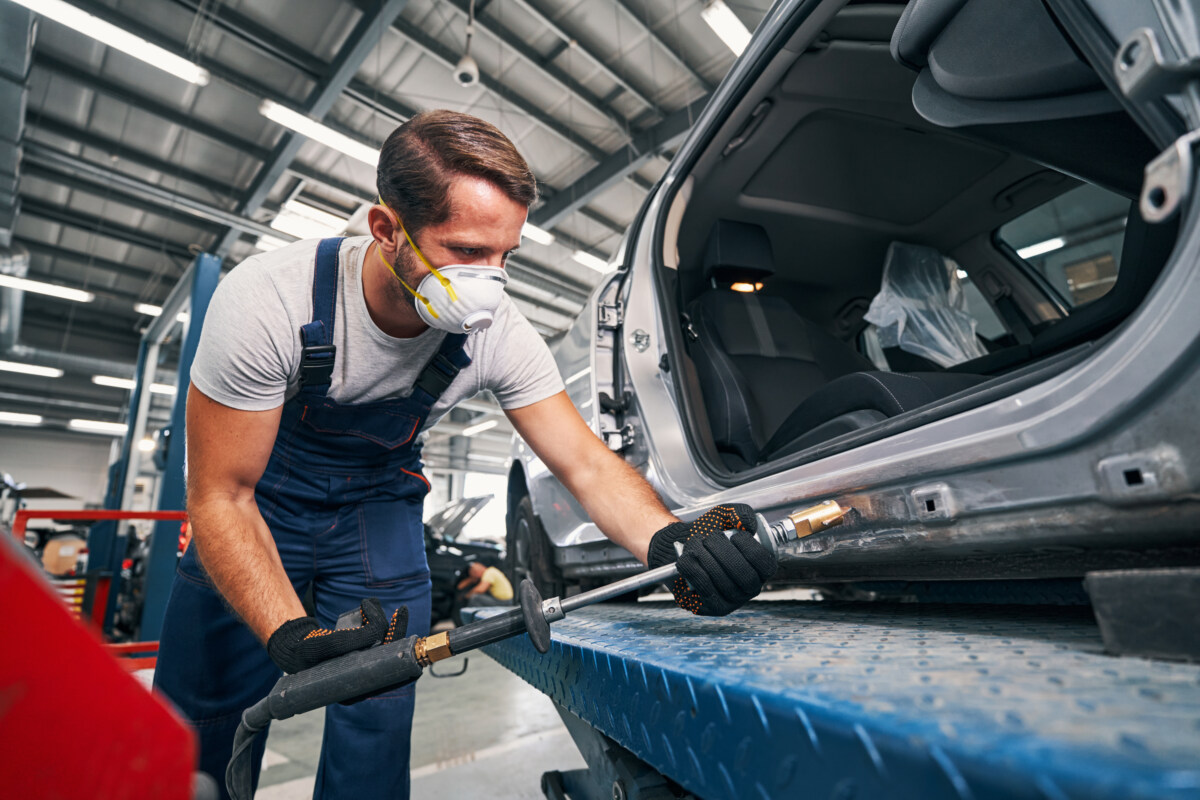 Traditional or conventional dent repair entails removing the paint with a sander, pounding the metal back into shape, and then filling in the gaps with putty. Dents are removed using this method by sanding down the affected area before pounding the damage back into a resemblance of its former self. After that, bonding materials and fillers will be used to fill in any remaining gaps. Another round of sanding would follow, as would the reapplication of a paint coat with a primer, base, and final coating.

While this method is still highly efficient and the results are near mint-condition quality, it uses harsh chemicals that are harmful to the environment as well as compromises the factory finish, which reduces the car’s resale value. This process is also much more time-consuming, necessitating the car’s stay in the shop for extended periods of time.

Traditional dent repair, on the other hand, may be required in some cases depending on the severity of the damage sustained. Paintless dent repair, which is the more cost-effective and time-efficient option for this type of repair, is unsuitable for damages such as sharp dents formed at specific locations such as braced hoods, panel edges, or quarter panel opening lips.

What is Paintless Dent Repair? 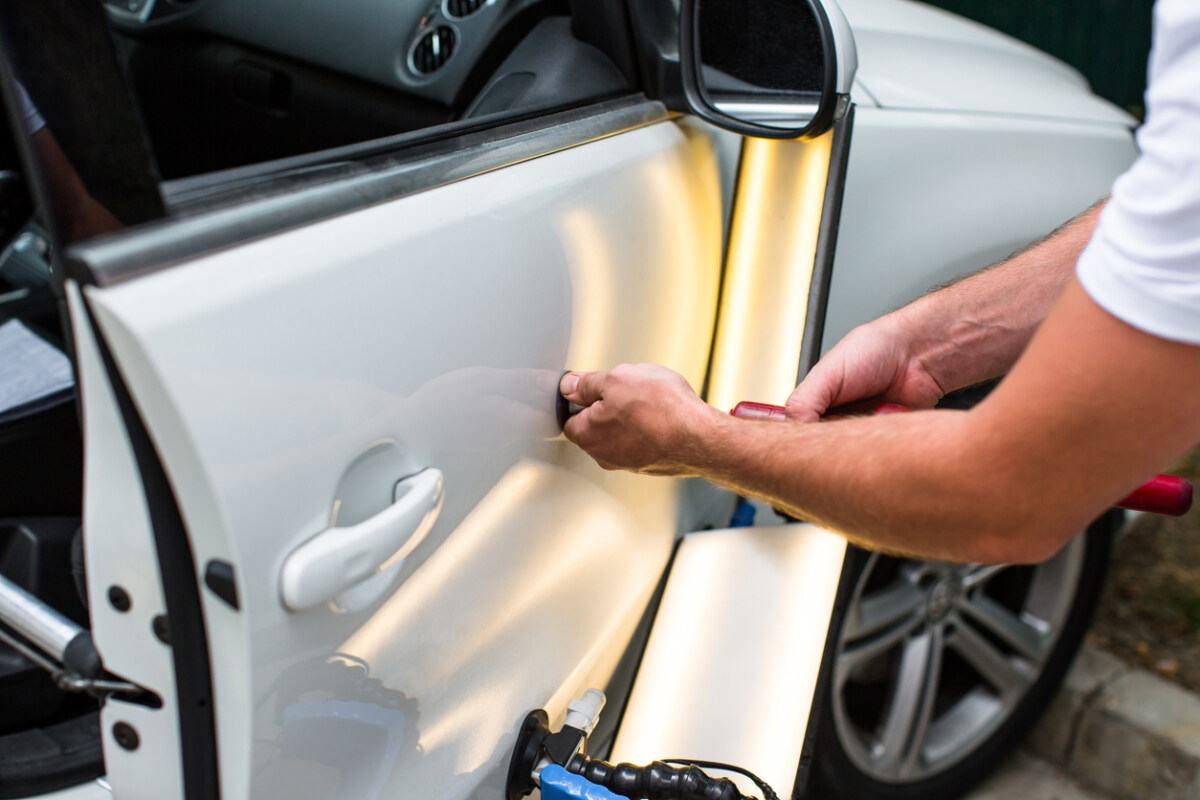 Paintless Dent Repair, on the other hand, is a newer method of removing minor damage — such as dents, dings, and creases — by massaging the car panel back to its original shape with special tools. It entails working on the opposite side of the panel from where the damage has occurred. The metal is gradually pulled and pushed back into place. To ensure that the exterior is straight and smooth, a straight-light tool is used. The cost is usually less than that of traditional repair methods, and the work can usually be completed in less than a day.

However, keep in mind that not all shops and technicians are trained in paintless dent removal procedures. Though paintless dent repair has become the preferred method for removing minor dings, it does not guarantee that every shop will have the necessary knowledge and skills. Before bringing your car in for repairs, make sure the shop has experience with paintless dent removal techniques! Visit this article to learn more about Paintless Dent Repair Myths and how it can affect your decision-making when availing this service. 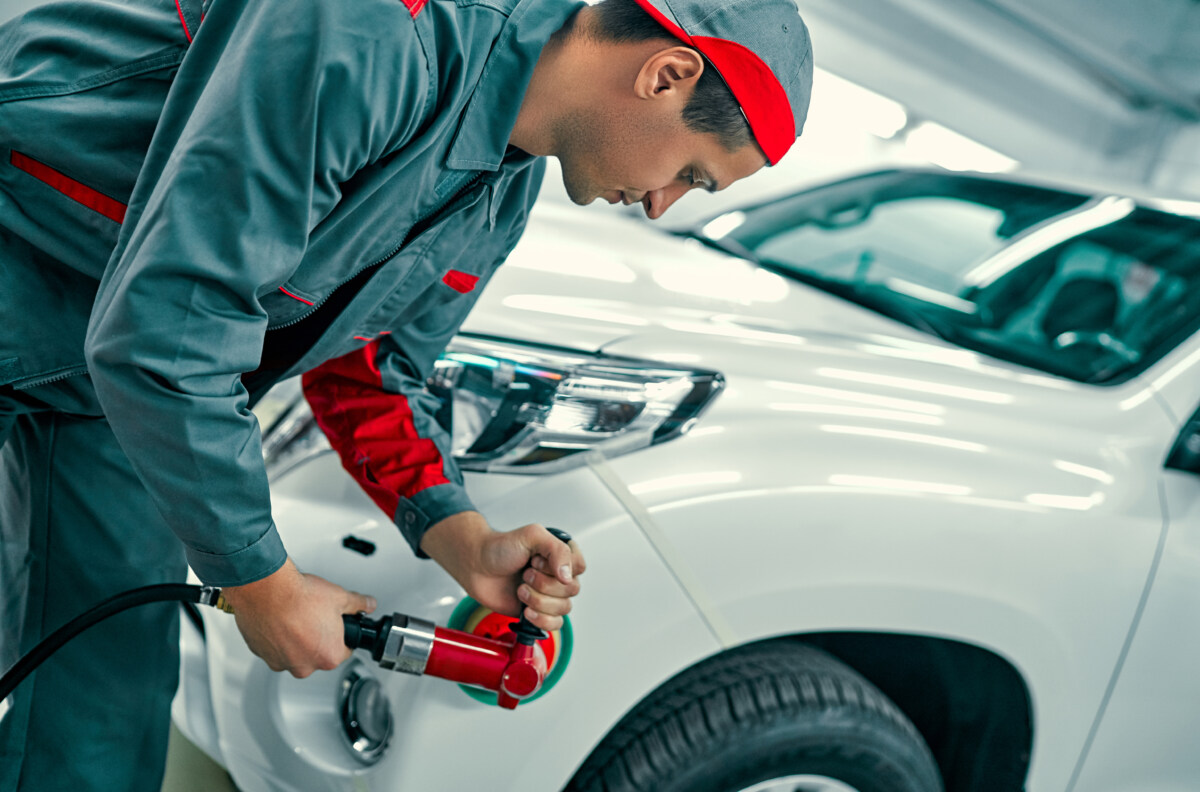 When the damage is too severe, Traditional Dent Repairs should be immediately considered. Damages involving stretched metal or scratched paint, in particular, are unrepairable with the Paintless Dent Repair and may cause more harm than good if pursued. Sharp dents formed at specific locations such as the braced hoods, panel edges, or quarter panel opening lips would necessitate traditional methods of repair.

Fair warning though! There’s a reason why insurance companies are hesitant to propose this type of repair straight away: it’s more expensive and leaves clients with a higher out-of-pocket payment. Many car owners can’t afford their deductible, so they drive their car till it rusts. Traditional dent repair is also time-consuming so don’t ask for traditional procedures if you’re looking for light and quick repairs! 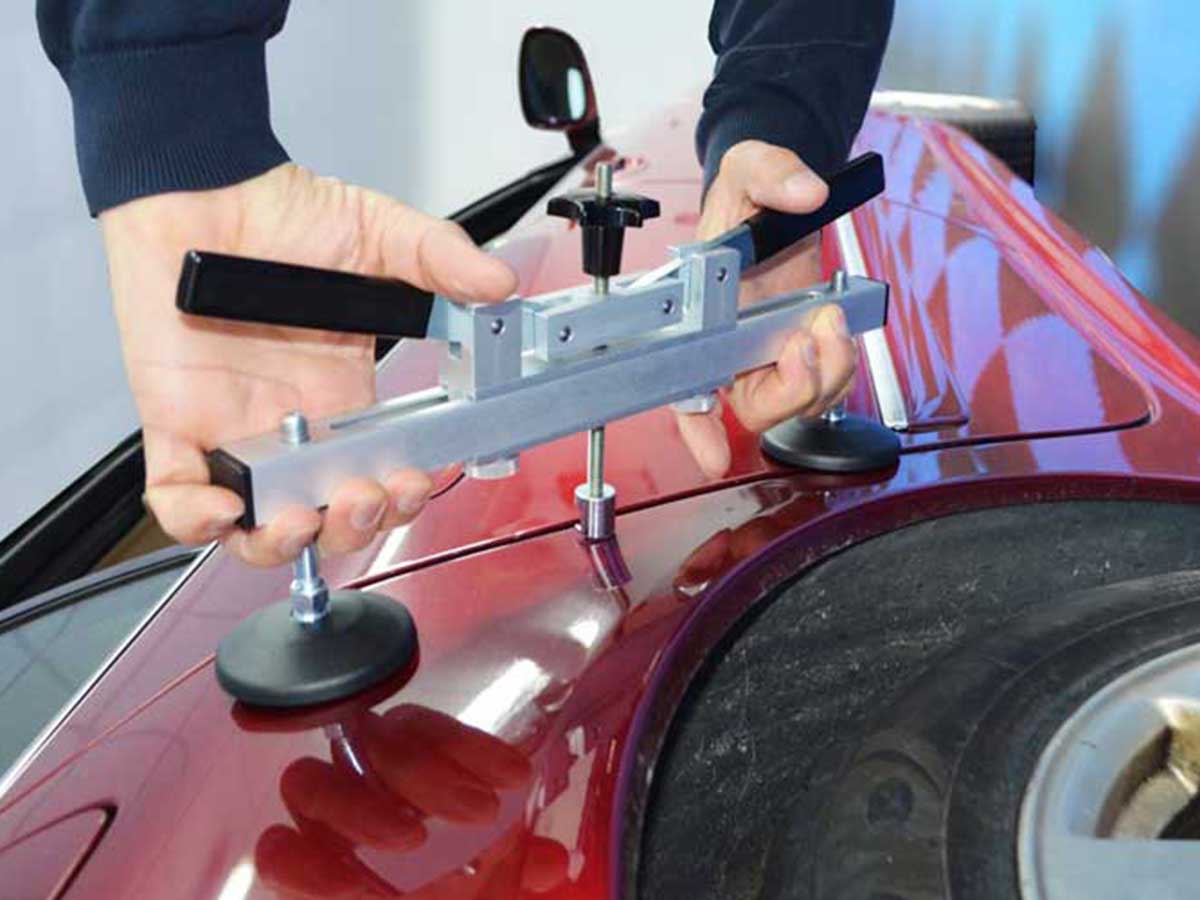 As previously mentioned, there are some situations in which Paintless Dent Repair is inapplicable. Larger dents and damage, on the other hand, cannot always be massaged out from behind. After a thorough inspection, your technician will determine whether it is a viable option; if not, traditional methods of damage repair may be required. In some cases, the entire panel may be required to be replaced. Paintless Dent Repair is commonly used to repair the following types of damage:

It is the recommended alternative when you need to get repairs done in a shorter timeframe and at a relatively lower cost. Repair time for PDR varies greatly, but still a vast difference from the traditional method. Some can take as short as 5 minutes while others can take a day or two!

No matter which method you choose, have your dents repaired immediately!

Don’t wait! On the first signs of dents or any chips or ding, send your vehicle right in for repair! Anchor Auto Body has expert dent repair on which our satisfied customers highly recommend. Not only do we provide quality service, we also make sure that the customer experience is second to none! One happy customer, Karen, has this to say:

I’ve never used an auto body shop before, but another driver hit my car and their insurer (CSAA) referred us to Anchor. I have been so impressed with how professional and buttoned up they were. The entire process was so incredibly seamless and their office was spotless and well-organized. When the repair work was underway, I would get periodic updates. The follow-through that Danny and the team showed was great and they would be my go-to auto body shop, should I find myself in the unfortunate situation of needing one!