Home of the History of Sunnyvale

The Sunnyvale Heritage Park Museum is the must-see place for any visiting history buff. Nestled among the Blenheim apricot trees of the Heritage Orchard Park, the two-storey ranch house is a replica of the home of Martin Murphy Jr. – the man credited for founding the city.

The founder of the Valley of Heart’s Delight

Martin Murphy Jr. and his family were Irish immigrants looking for a better life and a place to freely practice their faith in North America. Finding little success in Canada and Missouri, they joined a wagon train to California in 1844. Theirs became the first successful overland passage to the region through the Sierra Nevada. Numerous attempts were made before them, but those wagon trains were forced to leave their wagons in the last stretch of the trail. With the party arriving in California with all their possessions intact, they had all the tools they needed to hit the ground running.

Martin bought land in the Santa Clara Valley in 1849, where he grew wheat and raised cattle. He later added different crops, vines, and fruit trees when he expanded his property in the 1860s. His orchard was the first in the county, starting the shift from wheat to fruit production in the region. They became so prevalent that the valley was dubbed the “Garden of the World” in 1886.

In 1861, he donated a right of way to the San Francisco-San José railroad through his land and built a train stop for passengers and goods. The area around this station developed into the present-day city. 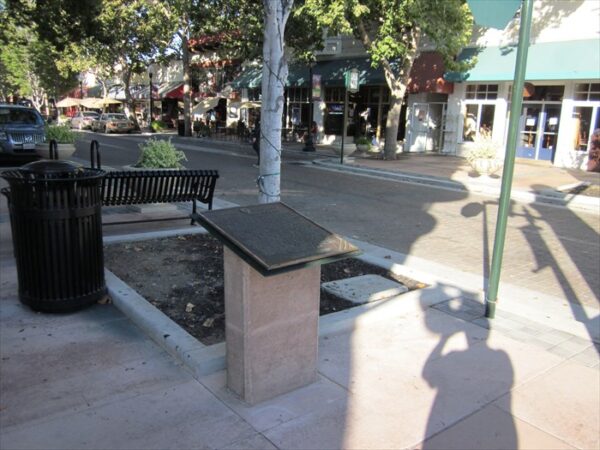 With his profits from his wheat farm and leather products in the 1850s, Martin built his family home, Bay View, in the area known in the present as Murphy Park. There were no lumber mills in Santa Clara at the time, so the house was first fabricated in Bangor, Maine, disassembled, then shipped to California through the Drake Passage. There were also no suppliers of nails in the area; the house was reassembled with wooden pegs and leather straps. It was the first wood-frame house in the city. 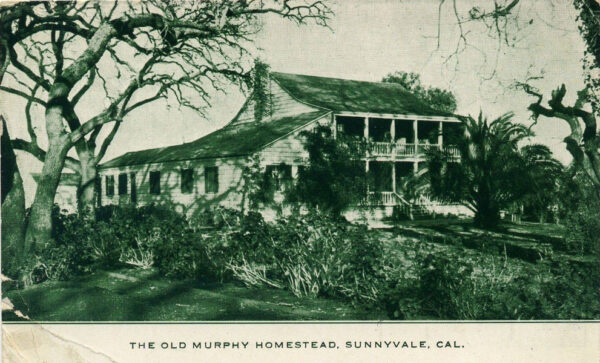 Bay View eventually fell into disrepair in the mid-1900s. The last Murphy descendant still living there sold it to the city in 1951, hoping they would preserve the historic house. However, no work was done on the house, and they instead lobbied to demolish the old building to make way for the construction of the Central Expressway. Citizens intent on preserving Bay View created the Sunnyvale Historical Society and succeeded in registering it as a historical landmark in 1958. However, the house was badly damaged by a fire in 1961, and demolition went ahead as previously planned.

Artifacts from the house were first stored by the city but were later reclaimed by the Society. They were exhibited in a small museum in Murphy Park along with other important mementos of the city’s history. The construction of a replica of Bay View in the Heritage Orchard Park was greenlit in 2002, finishing in 2008. The artifacts from the old museum were then transferred into this new building. It was opened to the public as the Heritage Park Museum later that year. 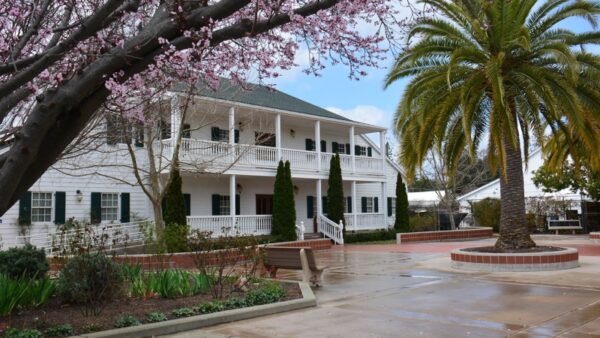 What you’ll find in the Sunnyvale Heritage Park Museum

When one walks through the museum’s front doors, the receiving area will lead to three areas of interest. To the left is the museum store, where one can pick up mementos from their visit. Apart from regular gift shop items, the store also stocks local artists’ works, books on the city’s history, and vintage household decors.

Down the hall are permanent exhibits showcasing the development of local businesses and industry. They are divided into agricultural and industrial exhibits. The first highlights the orchards and ranches that thrived in the early years of the city, as well as the canneries that brought its bountiful harvests to the rest of the country. The second exhibit focuses on the industries that helped transform the Santa Clara Valley into Silicon Valley. It has displays of Henry’s Iron Works’ contribution during the World Wars, Moffett Field and Lockheed’s roles in the Space Race, the rise of transistor-based technology, and many more.

From there, one can enter a room in the left wing that houses a 60-foot mural of the Santa Clara Valley’s history – from the pre-Columbian Ohlone tribes, the growth of the region’s agriculture, its industrial revolution, to its modernization. Ohlone artifacts are displayed in the mural room, alongside key items representative of the historical periods painted in the mural. 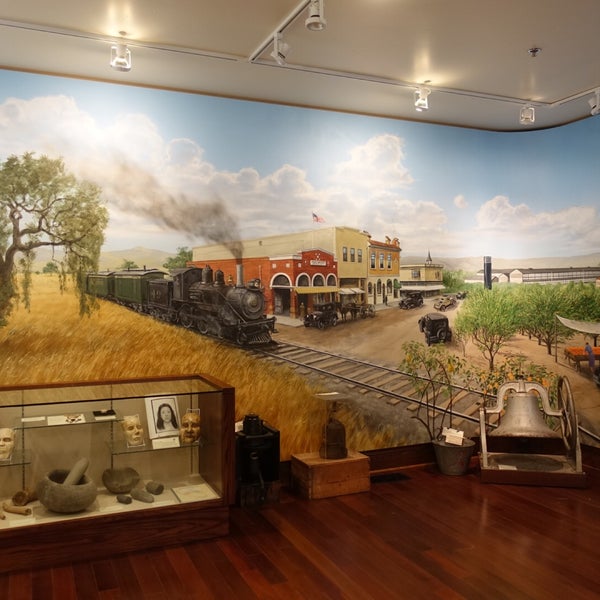 The last route from the main entrance is into the ground floor’s right wing. Here, three rooms are set up as recreations of how they may have looked in the 1860s. The parlor, kitchen, and bedroom – all with furniture and artifacts straight from the original house – give a glimpse of the old home when Martin Murphy Jr. walked through its halls. Displays of the pioneers’ work tools and personal possessions, like journals and children’s toys, pepper these three rooms. 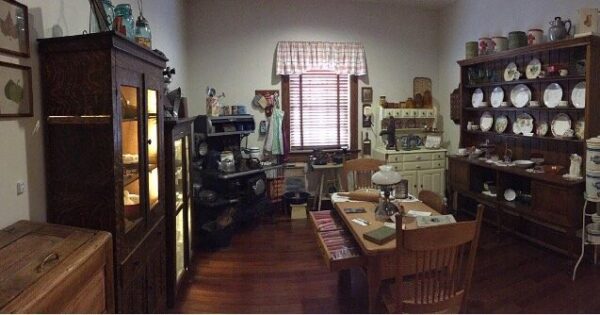 The second floor houses rotating exhibits that change every few months. They highlight specific aspects of Sunnyvale’s history, such as its schools, its old downtown area, fashion trends, and communication technology. There is also a large meeting room available for rent for public gatherings and the museum’s own Victorian Tea Parties.

On the museum grounds, one can walk among the many fruit and flowering trees planted there to celebrate the contribution of orchards to the development of the local economy. Among the greenery are artifacts from other historic buildings that have since been lost to time – from the bell of the city’s first fire station, benches from the original Murphy station to a cornerstone of the old City Hall. Personalized bricks with museum donors’ names pave the walkways around the house.

Just beyond the museum ground’s fence are the Sunnyvale Orchard Heritage Park exhibits. On one side is the Bianchi barn, an active barn in use since 1918 from San Jose. It was dismantled board by board and reconstructed on its present spot in 2002, its architecture an iconic symbol of the city’s agricultural past that the park celebrates.

On the other side is the park’s Interpretative Exhibit. It is an open barn-like structure with displays that focus on the lives of orchard workers, the fruit trees prevalent during the orchards’ peak, and the processing of the harvests. 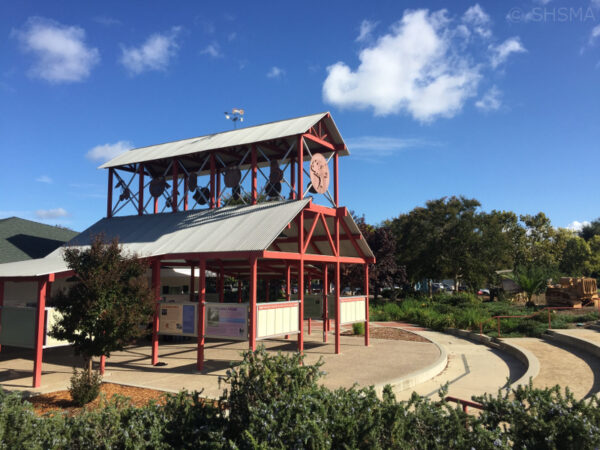 The museum, orchard, and their exhibits are a one-of-a-kind glimpse at the way the people of Sunnyvale once lived.

Going around other cities

This city is just a few miles away from other cities in California. For example, if you want to go to San Jose, California, it would only take a few minutes depending on traffic and of course your car condition. If you’re having trouble with your car you can simply visit a Sunnyvale auto body repair shop and have it fixed right away. You can click here if you’re having a hard time finding an auto body shop in Sunnyvale.