No trip to Sunnyvale is complete without a quick tour of the Historic Murphy Avenue. Whether you’re craving for a quick cup of coffee, looking for a great outdoor dining experience, hunting for souvenirs, or just want a glimpse of the many architectural styles through the 1900s, the avenue has something to offer for everyone. 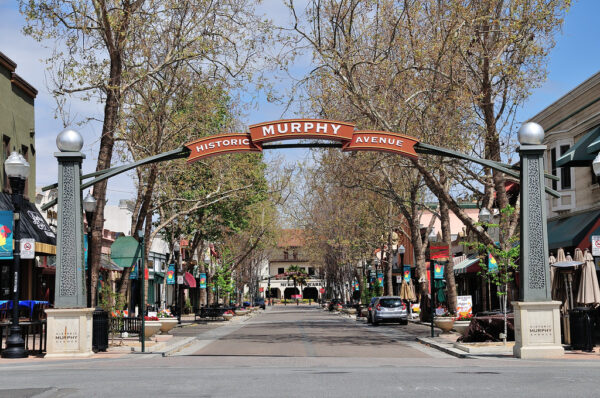 From Main Street to Murphy Avenue

Murphy Avenue started its life as a graded dirt road called Main Street that connected the Murphy Station of the old San Francisco-San Jose Railroad to the street of the same name, now the El Camino Real. At the time, the intersection of the two roads was the entrance of the town newly named Sunnyvale (formerly Encinal). The street was renamed Murphy Avenue in 1898 in honor of Martin Murphy Jr., the man credited with founding the city.

Though still flanked on all sides by orchards, the 200-acre land surrounding the train station quickly grew into a bustling town. From a single store housing the post office, drug store, and general store in one building soon followed a vet office, mortuary, and bank, to name a few. 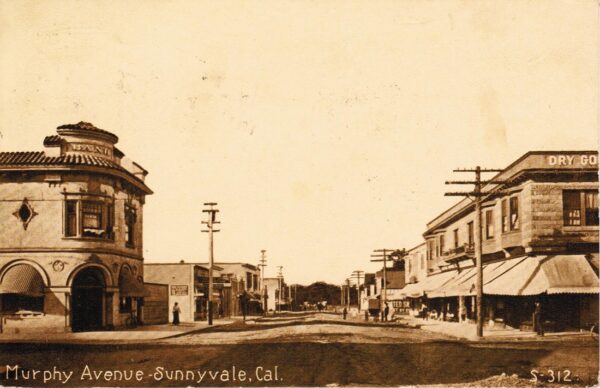 The paving of Murphy Avenue in 1916 drew even more important establishments to the city’s main street. Among them were Hendy’s Iron Works, Libby’s canneries, Wooldridge Manufacturing Company, and the Jubilee Incubator Company. An electric welcome sign for the city entrance was privately funded in 1920 and the arch was erected by Hendy’s the next year.

By the mid-1900s the station settlement had grown into a large commercial district. It now bragged its own school, fire station, town hall, and church. Older buildings from the early 20th century were remodeled or torn down to match the demands of the time. Brick storefronts were stuccoed over and the old Mission Revival-style town hall was demolished to make way for a shopping mall.

The latter, in particular, outraged teacher Alillion Wilhelmy. She felt that perfectly usable buildings that were a part of Sunnyvale’s history were being unnecessarily razed. San Jose University teacher of historic preservation Anne Hines was petitioning for the preservation of the 100 blocks of Murphy Avenue around the same time. She argued that the old commercial district’s original architecture should be brought back and restored to honor their history.

Bolstered by the establishment of the Santa Clara County Historical Heritage Commission in 1973, the two women worked with the shop owners along the avenue in redeveloping the street. They had difficulties getting them on board at first, but with the right financial incentives from the city, the project made slow but steady progress. Their efforts would be rewarded with Distinguished Citizen of the Year awards a decade later.

After the centennial golden anniversary celebration of the city’s founding couple, Mary and Martin Murphy, in 1981, the project received greater attention and funding, and most importantly, a project manager from the local government to coordinate all efforts. 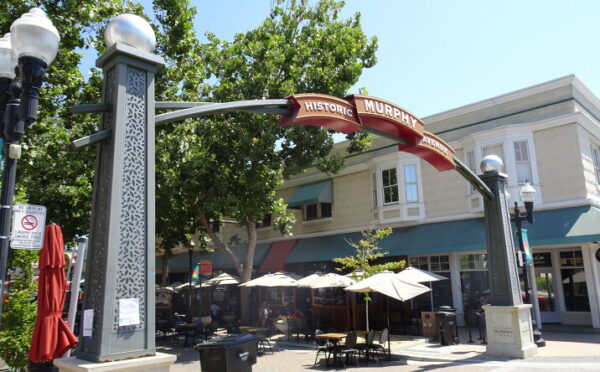 The 80s saw a giant leap in the preservation efforts. The avenue was repaved to reduce parking space and make way for larger sidewalks. Street lights were replaced with 1920s style lights, benches and a tiled fountain were installed, and older buildings had the stucco removed from the outer walls to reveal the original brickwork. Restaurants were encouraged to promote outdoor dining, which eventually led to it becoming a staple of Murphy Ave.

Going beyond a conservation effort, the city continues to promote the Historic Murphy Avenue as a center of leisure and commerce. The area puts greater emphasis on pedestrian traffic but has large parking spaces nearby for the convenience of motorists. Its proximity to public transport routes and multiple bike lanes makes it easily accessible for all types of commuters.

With all its restaurants, cafes, pubs, and nightclubs, the street is a hub for social gatherings to locals and visitors alike. Specialty shops and the city’s theater further enhance the street’s atmosphere of being a community space and not just a commercial one.

Weekends, summer months and holidays are especially ideal times to take a stroll throught the avenue. Every Saturday, the Farmer’s Market runs from 9am to 1pm, where people can stock up on their fresh produce for the week at an affordable price. The city’s Theatre also has live shows for kids and adults alike on the weekends. 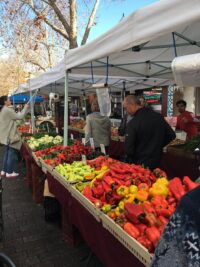 On summer nights, the street comes to life with live bands serenading outdoor diners. And in winter, the city’s Christmas festivities put the avenue on center stage, with the yearly holiday tree set up and lit at its center and a visiting Santa Claus to complete the holiday cheer.

The historic downtown district is a living embodiment of Sunnyvale’s rich and evolving heritage. It is a microcosm of what the city has to offer as a vibrant place to visit and live in. There’s always something new to try and, more often than not, you’ll find just what you’re looking for.

Accessibility to other cities

Luckily, Sunnyvale is just a few miles away from other cities in California and would only take a few minutes to hours to go to other cities (depending on traffic conditions). Just make sure your vehicle is roadworthy and in good running condition, if not, try to visit a Sunnyvale auto body repair shop for a quick check-up and fix. If you’re looking for a good auto body shop in Sunnyvale, just click here.